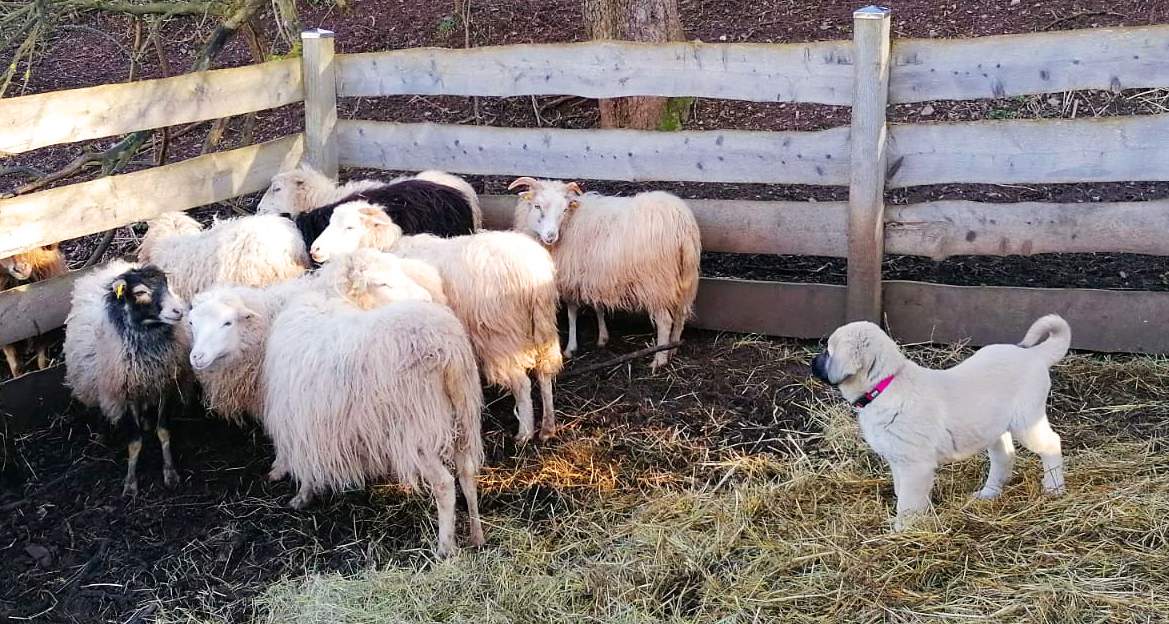 Jenny the puppy, making friends with some sheep.

In December 2021 Unicorn decided to forego Christmas gifts for customers and instead made a donation to CCF to help save the cheetah from extinction!

Cheetahs were once found thriving in numbers of more than 100,000. Today, fewer than 7,500 are left in the wild. Without action, the species will disappear from the landscape altogether – within our lifetime. This is where CCF UK comes in!

Cheetah Conservation Fund (CCF) is the global leader in the research and conservation of cheetahs .They work across the cheetah’s range to reduce threats such as habitat loss, human-wildlife conflict and the illegal wildlife trade.

CCF UK support CCF’s global mission my raising awareness and funds… that is where we come in!

Frank Horan and his wife Sally lost their 19-year-old daughter Jenny in 2017. Her favourite animal was the cheetah. Because of this, Unicorn knew that Jenny would have loved it if we supported this charitable organisation.

“The staff were keen to support a charity at Christmas 2021 and proposed a charity that would have been important to Jenny. CCF fitted the bill perfectly, following her love of Cheetahs and belief in conservation in Africa.” – Frank Horan

“CCF is changing the world to save the cheetah” – Dr. Laurie Marker, CCF’s Founder and Executive Director

Founded in Namibia in 1990, CCF is dedicated to saving the cheetah in the wild.

CCF’s vision is to see a world in which cheetahs live and flourish in coexistence with people within a sustainable system that is protective of the environment, socially responsible, and economically viable.

CCF’s mission is to be the internationally recognized center of excellence in the conservation of cheetahs and their ecosystems. CCF will work with all stakeholders to develop best practices in research, education, and land use to benefit all species, including people.

The impact of our donation

After making our donation, CCF UK reached out with a wonderful idea about how our donation could have the greatest impact, whilst celebrating Jenny Horan’s biggest loves – cheetahs and dogs!

CCF have developed the Livestock Guarding Dog (LGD) programme to reduce human-wildlife conflict (HWC) on farms across Namibia. The special dogs protect livestock and stop farmers from killing predators such as cheetahs. At the time of our gift, CCF received news of a new LGD puppy, being donated to them by their conservation connections in Germany.

Named in honor of Frank and Sally’s daughter, Jenny the LGD will soon travel from Germany to Namibia to become CCF’s latest breeding dog. Here, she will give life to the next generation of species-saving pups. Our support will help provide food and care for Jenny the LGD for the first year of her life.

We look forward to sharing Jenny’s journey and life with you in the weeks and months ahead.

You can learn more about the important role that CCF’s Livestock Guarding Dogs play in conservation, here.